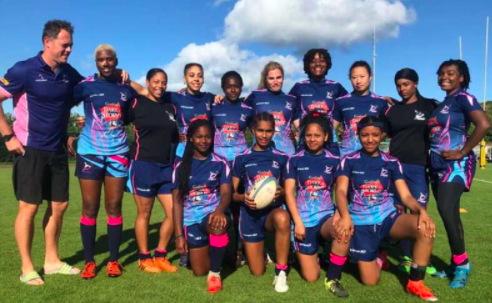 Bermuda’s women have been featured front and centre as part of World Rugby’s Try and Stop Us campaign.

The campaign, launched in 2019, centres on bringing attention to the women’s contact game.

Unions around the world are creating their own campaigns, highlighting unstoppable women. That includes Rugby Americas North, Bermuda’s regional governing body, which has been doing its part to promote the women’s game, most recently releasing a video across its social-media platforms.

The video, shot in Bermuda, includes members of the women’s national team training on and off the pitch, supporting each other to reach their goals. The video also highlights the exciting growth of women’s rugby throughout North America and the Caribbean.

In addition, Lauren Rothwell, the 2019 recipient of the World Rugby Women’s Leadership Development scholarship, has been working alongside RAN in its Try and Stop Us forums.

Co-hosting the Women in Rugby: Leading the Game discussion, Rothwell was fortunate to work alongside a panel of extremely accomplished women in the world game. The panel featured notable names including Emilie Bydwell, Tiffany Faaee, Julianne Zussman, Katie Wurst and Kwanieze John.

Of the recent exposure, Bermuda Rugby’s women’s representative Gillian Cross commented: “No matter where you start, when you start or how you start, as long as you believe you can, and you surround yourself with diverse yet like-minded people, you are unstoppable.

“I have had the opportunity to represent Bermuda in several International competitions and to have captained the national team. I am extremely proud and privileged to still be able to compete alongside my daughters.

“I am impressed with the rate at which women’s rugby is growing and I continue to do my part, on and off the field, to see its continued success.”

Bermuda Rugby vice-president Gemma Godfrey added: “It is such an important time for women in the game. Globally, the number of female players has risen exponentially in the last few years — and the North America and Caribbean region is no exception.

“I believe part of this success is due to an increase in media and TV coverage the elite game has received over the last few years, which has helped to demystify the sport as something that only men can play and is inspiring more young women to give rugby a try.

“Rugby is such an empowering sport for women, as it builds confidence, self-esteem and friendship, but perhaps most importantly, it allows young female players to show a different side of themselves — one of power, strength and resilience among their team-mates and communities. Strong is beautiful, too!” 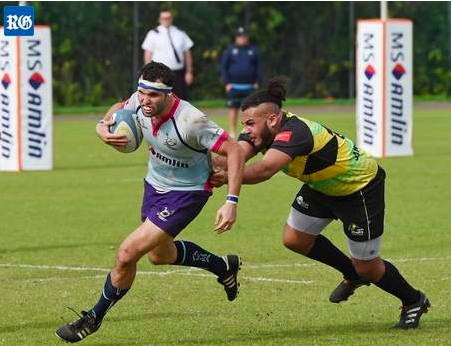