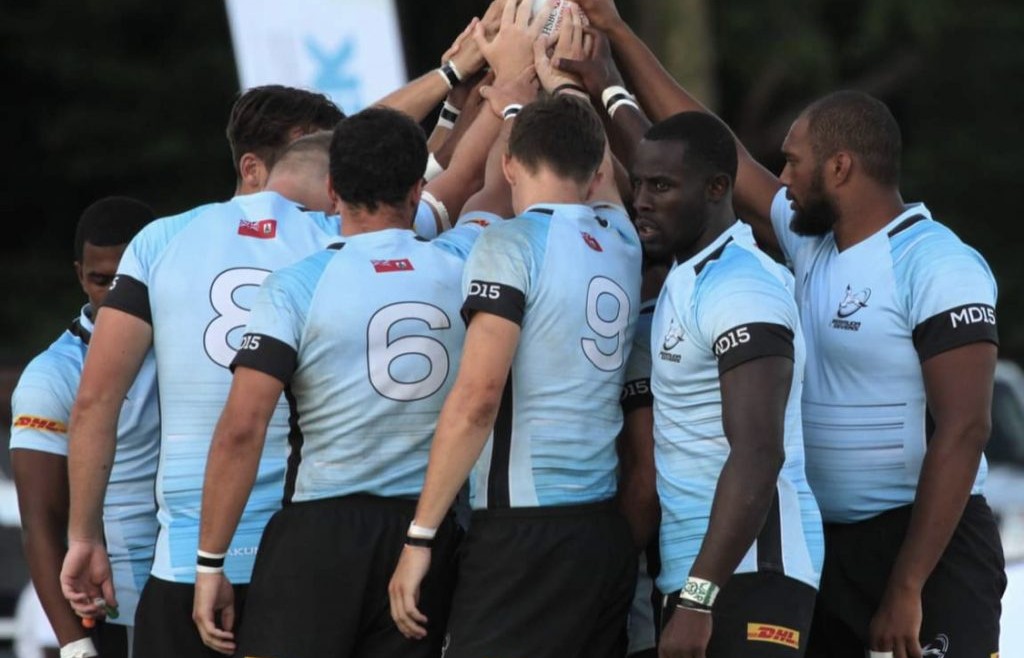 With the Fireminds Rugby Americas North Sevens 2021 just around the corner, 31-year-old Engineering student Corey Boyce has his sights set on returning to the pitch and representing Bermuda at the tournament in the Turks and Caicos Islands (TCI) for the very first time since injury sidelined him in 2019. 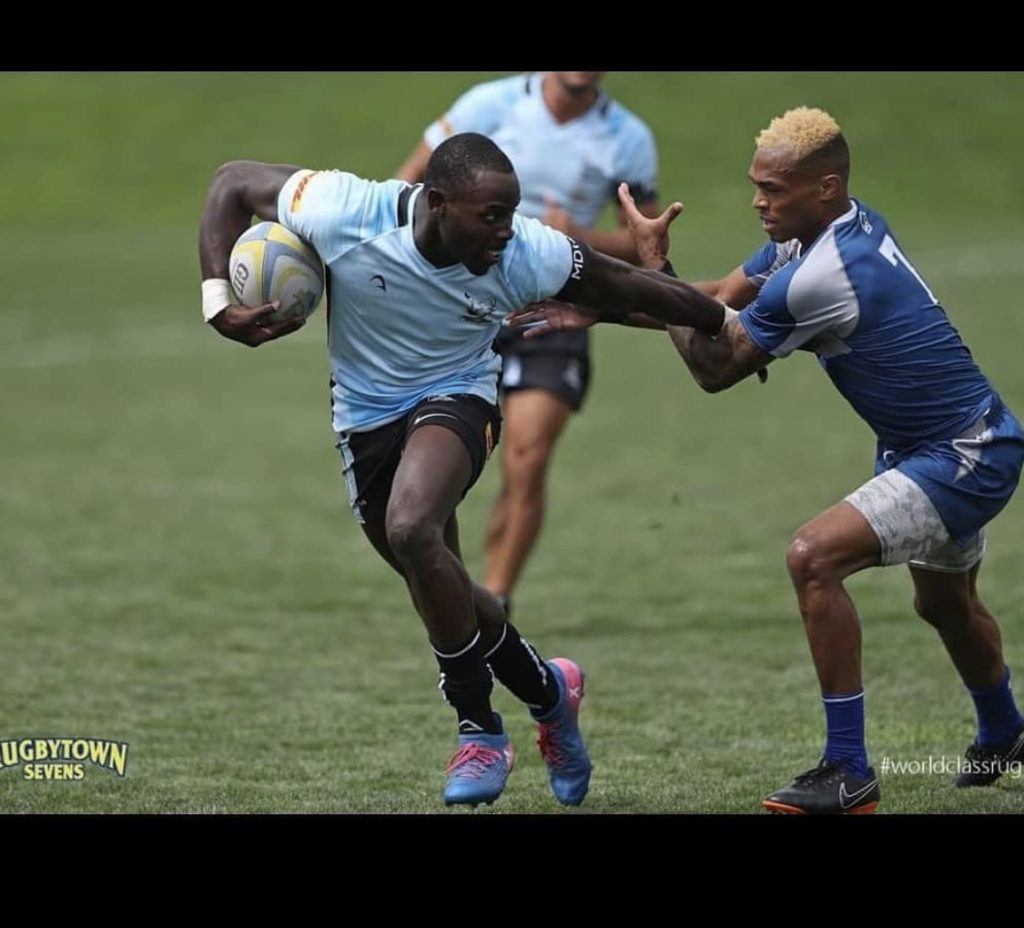 As a self-confessed natural athlete, amateur boxer, and Muay Thai Champion, not even a fully ruptured patellar tendon, two left knee surgeries, and 14 weeks with his leg in a cast can stop Corey’s goal to play at this year’s Fireminds RAN 7s, which is set to be held over 16-17 October and doubles as a qualifier for the 2022 World Rugby Men’s 7s Challenger Series.

Over his 10-year rugby career, Boyce has competed at both RAN 15s and RAN 7s in places like the USA, Mexico, Barbados, Trinidad, and the Cayman Islands, and with sheer determination he is now focusing on coming back from his injury and taking home a win with team Bermuda in the TCI this month.

“The Fireminds RAN 7s marks the return of international rugby to the region,” he says. “It would be nice to coincide my personal return to the game with this momentous occasion – and of course, it would be great to bring home a trophy too. Cayman are one of our main rivals, but we are also looking to beat Mexico again, as well as get some stiff competition from the Jamaicans.”

Corey was first introduced to rugby after getting himself into a few scuffles at a local bar in Bermuda. 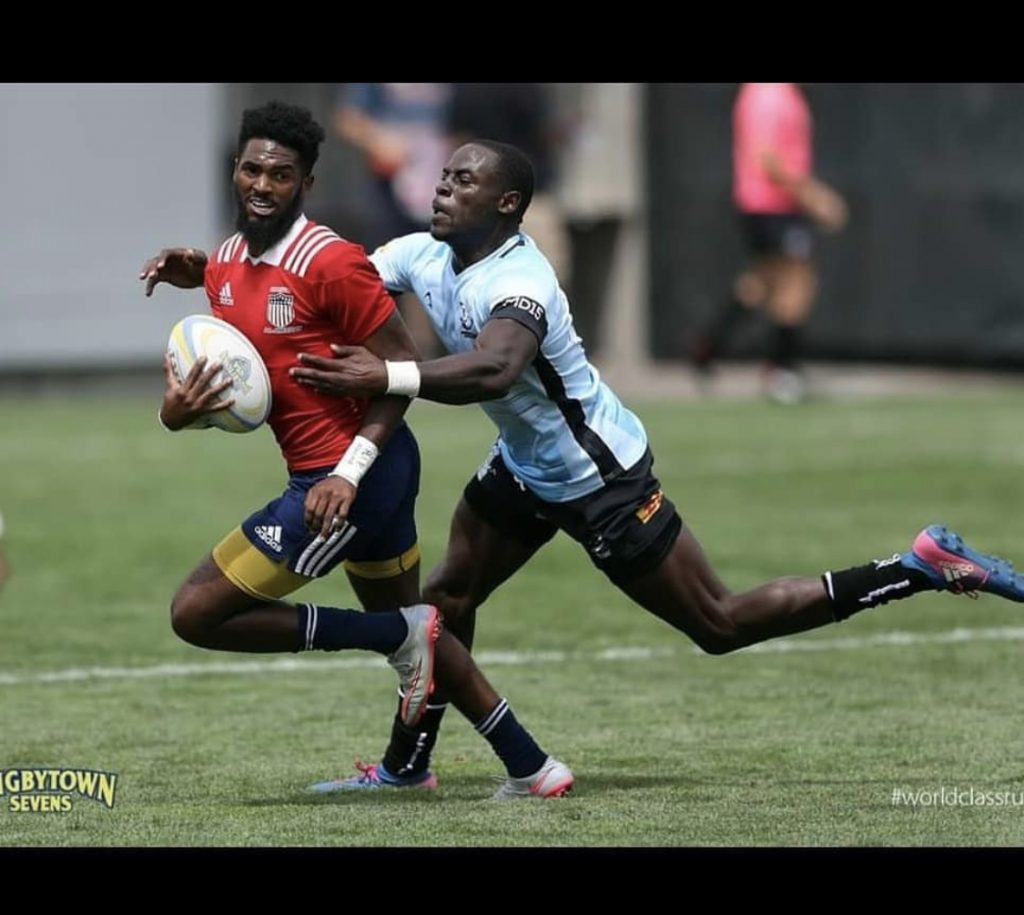 “One of the owners of the bar’s security company suggested I try rugby as an outlet to channel my excess energy,” he says. “I ended up being invited to train with a club called Teachers Rugby and I just fell in love with the sport.”

Boyce’s natural talent did not go unnoticed, and it was not long until he was introduced to the National 15s team, then the National 7s team, where he played right wing. Corey was also privileged to be coached and mentored by Fijian 7s legend Waisale Serevi, who Boyce says was pivotal in teaching him about all facets of the game.

As time passed, Boyce realized that he favored 7s rugby and so he gradually began to step away from rugby 15s. Despite this, he still went on the play both 15s and 7s at an international level throughout the Caribbean and the USA. 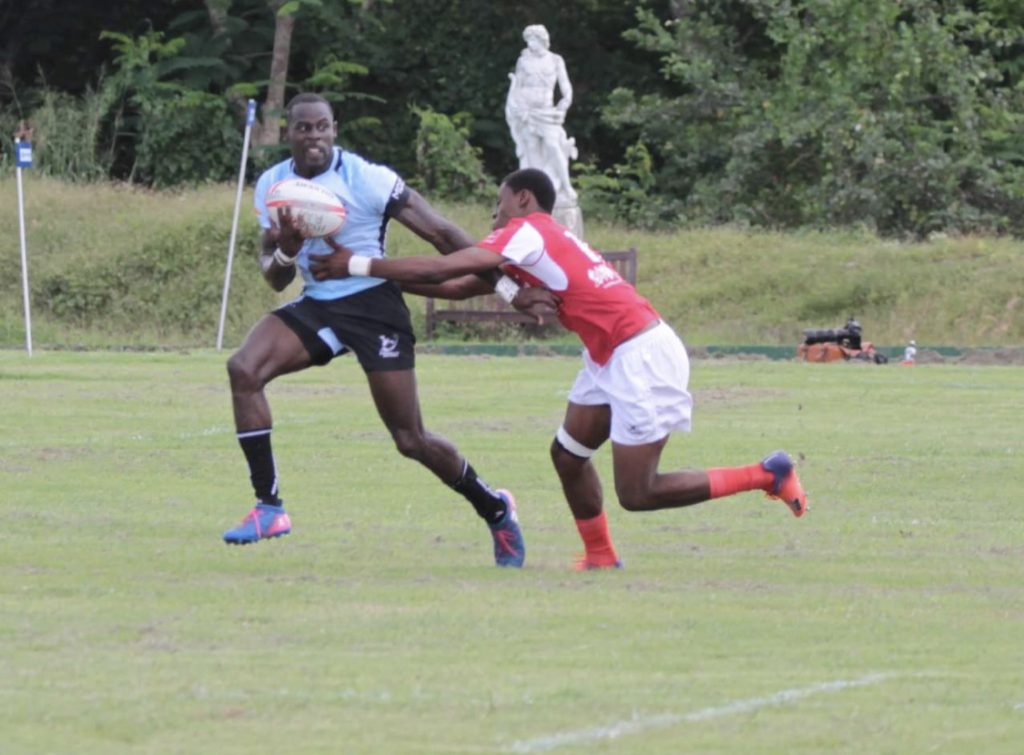 “The last tournament I played was in 2018 in Barbados and it was really a memorable one,” he says. “Even though we finished third, this was the highest we had placed during my entire playing career. We also beat Mexico for the first time in 13 years so that was a pretty big deal for me and the team.”

Aside from being an enthusiastic and committed player for team Bermuda, Corey also helps with mentoring and coaching the Bermuda Rugby youth where he can. “I like to give back because rugby has positively affected my life, and I know it can impact these kids in an inspiring way,” he says. “I am always willing to lend a hand because I know how lifechanging this sport can be.”

“I thought I was invincible”

Like many young players, Corey was fortunate enough to have never sustained a serious injury over the course of his career.

“That was until 2019,” he says. “I was playing a 15s practice match against a team from New York. Within the first five minutes, I made an awkward tackle which resulted in a fully ruptured patellar tendon in my left knee.”

Boyce then had to undergo two knee surgeries, right at the beginning of the COVID-19 pandemic.

“The first surgery did not go as planned,” he says. “The doctor stitched me back together and the suture on my leg came undone, so I had to go back in for another surgery then have my leg in a cast for 14 weeks.”

Because of the COVID-19 restrictions in Bermuda, Corey says he could not immediately get the assistance he needed for his rehabilitation and return to play.

“We had to stay in our houses and the gyms were closed,” he says. “I had to manage with a limp knee for a couple of years until I started getting consistent help this year. My goal is now to play at RAN this month – that is what I am shooting for at least.” 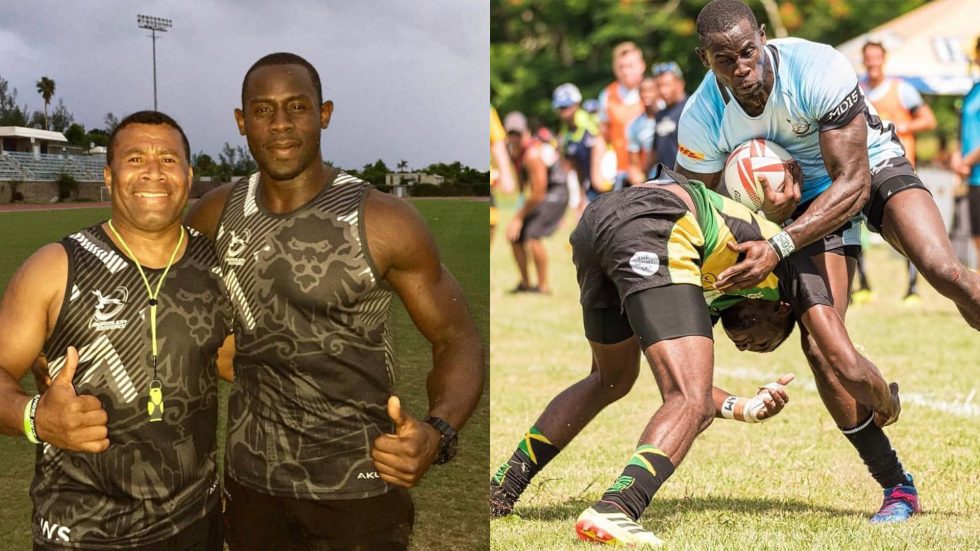 To turn his dream into a reality, Boyce has been doing strength training to build muscle around his kneecap and to level out any difference in his legs caused by the injury.

“After being in a cast for so many months, I lost a lot of muscle mass around my knee from not being able to walk or basically do anything,” he says. “I am now doing rehab twice a week in between rugby training and focusing on a lot of pool work and cycling in the gym. It is a long and tough road to come back, but I am slowly building up again, step by step.”

When asked what his injury has taught him, Corey says it has developed his mental toughness to a new level and made him recognize the importance of keeping his body strong and in peak form.

“It has also made me realize that everyone is vulnerable, no matter how tough you think you are,” he says. “I had never had a bad injury. I thought I was invincible. Getting injured gave me a serious wakeup call but I plan to come back stronger than ever before.”

One of the key players in Boyce’s comeback journey is Bermuda Coach Jamie Barnwell, who says despite Corey’s impressive progress so far and his goal to play at RAN, he will not rush him back onto the pitch until he is 100% ready.

“Corey is on a steady road to recovery,” he says. “However, we have to look after him first and foremost. We want to bring him back properly and make sure we are not putting him in jeopardy. We’ve had lots of big wins recently with Corey as he builds his confidence and agility, but we will all make that call together with Corey about whether he plays at RAN closer to the time.”

Jamie says in the lead up to the tournament, team Bermuda have been working hard to get their players back to match fitness after over two, and in some instances five, years out of the sport.

“To get the players up to the required level of fitness to play what is quite a brutal and physically demanding game has been challenging,” he says. “We have thankfully been granted an exemption from the Bermuda Government so we are now allowed to train however one of the things we struggle with since COVID is playing any opposition as part of our preparation for RAN. But, we will put our best foot forward and strive for a positive outcome.”

He says rugby in the region could be developed further in terms of broadening the strategic knowledge of players, officials, and the administration. “We are lucky because a lot of international people end up in the Caribbean and show us what they know,” he says. “My vision would be to see that expanded within the region in a more structured way so that we can really lift the standard of our game and show the world that we are a force to be reckoned with.”

Locally, Corey says he would also love to see the game grow more in Bermuda. “We only have four clubs right now and we just play against each other for the league,” he says. “We are a small island, but it would be nice to see a few more teams join the league and add some more depth to the competition.”

Having said that, Boyce says he is encouraged that local schools are now starting to take on rugby and that younger children are being exposed to the sport, which also helps with the recruitment and nurturing of new talent and building a bigger league for Bermuda.

“I just really want to see more people get involved in rugby in general,” he says. “I want to do my best to raise awareness so that we can continue the development of the rugby on the island and in the region for future generations to come.” 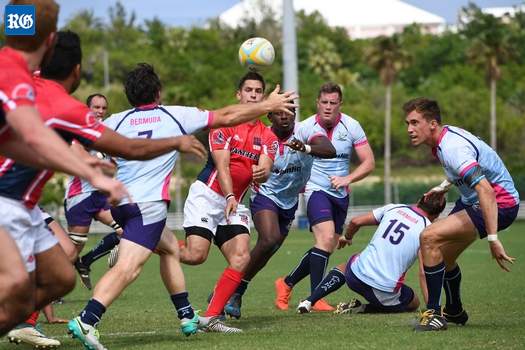 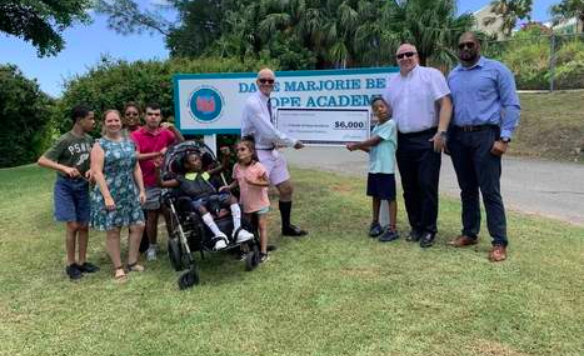