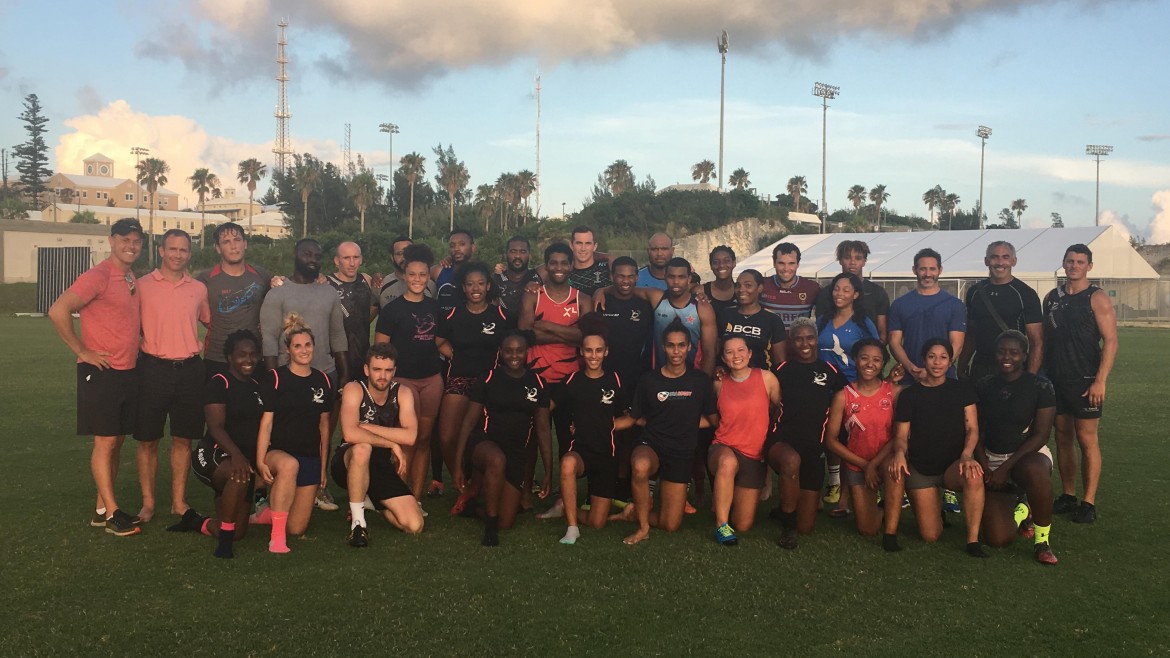 Bermuda’s National Rugby Sevens teams are training hard for their return to the Rugby America’s North competition in the Cayman Islands this July.

This years tournament serves as a regional qualification event for the Games of the XXXII Olympiad Tokyo 2020 with the top Men’s team securing a place to compete in the Olympic games.

The top two women’s teams and 2nd and 3rd place Men’s teams will qualify for the World Rugby Olympic Repechage tournament hosted in Monte Carlo in 2020, allowing them to compete for a place in the Tokyo Olympics.

With the RAN tournament one week away, preselected members of the men’s and women’s sevens program are preparing for the upcoming Olympic qualifier. With twelve traveling spots, both teams will undergo further selection before the traveling squads are chosen.

As an Olympic qualifying year, the BRFU must send teams comprised of Bermudian status holders only.

After a notable third place finish in 2018, Bermuda’s Men’s team are up against stiff competition. They will face off against Canada, Mexico and Barbados in pool play with the opportunity to advance into the Quarter-Final.

Of the challenging pool selection, coach Tom Healy said, “This is a very exciting time for the Bermuda 7s team, as we look to build on our success in 2018. Only five of the prior year’s panel will return, so our group will look very different. We are very aware of the challenge that is before us this year but welcome the opportunity to test ourselves against the best teams in our region. Rugby 7s is an extremely demanding sport that requires the best out of athletes in both physical and mental strength. Through our strength and conditioning programme with Dave Wolffe at Fit4Life and arduous on-field sessions, we believe we are positioning ourselves with the best opportunity to make Bermuda proud next month.”

The Women’s tournament will see Bermuda face off against Mexico, Trinidad & Tobago, Jamaica, St. Lucia and Bahamas. With a recent injection into the local contact program, the women’s team is optimistic about their upcoming performance. Coach Jamie Barnwell said, “We are looking forward to seeing how some of the new players go for us. The new players are starting to force their way in and put pressure to get into the squad. No matter what happens we know how tough the tournament will be.”

Jonathan Cassidy, Director of Sevens added, “Our Coaching teams have done an incredible job bringing so many new players up to our senior national teams since we returned from the 2018 RAN 7s last October. This puts us in good stead for our first ever Olympic qualifier, but more importantly the future. Our squad will miss the inclusion of core members who don’t have the right paperwork for this tournament, but we have had just as many athletes miss out on selection because they don’t meet the new minimum age limit of 17. While both restrictions are disappointing for the individual athletes and the program as a whole at this stage, it also highlights our greater strength in depth, and the brightest future Bermuda Rugby has ever had.

We are ready for the next level of tournaments that comes with being one of the top teams in the Caribbean; regular appearances at the CAC, PAN-AM and Commonwealth Games, as well as opportunities to qualify for the Hong Kong 7s and the Olympic Games.

The teams will compete in the Cayman Islands on July 6th and 7th. Travelling coaching staff will include Jamie Barnwell, Ben Gollings, and Dan Cole in addition to team managers. 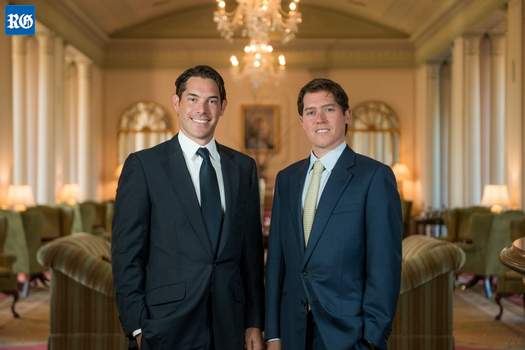