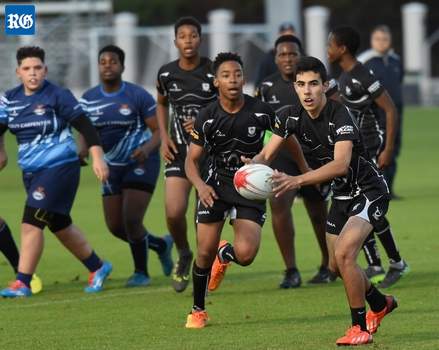 A team made up of Warwick Academy, Bermuda Institute and home school students celebrated an undefeated run through Bermuda’s high school rugby tournaments last week when they edged Saltus Grammar School for the second successive week in a final,

The Combined team, who had swept through the high school Tens tournament with five consecutive wins, entered the Ariel Re Trophy as favourites, but were weakened by a number of injuries and absences.

The Combined Team, coached by Keith Hodgkins, had to come from behind to defeat Berkeley in the first semi-final, falling behind 5-0 in the first half before captain and scrum half Ben Crayford equalised with a powerful end run. Berkeley responded with a quick offensive manoeuvre which resulted in a try.

Despite being behind 10-12, the Grizzlies began to succeed in getting the ball through the hands of Joe Arrowsmith and Doyling and into the hand of winger Nathaniel Simmons.

In the other semi-final, Saltus’s overcame a courageous effort by CedarBridge Academy.

In the final, the Combined Team faced Saltus in the second final in a week. Saltus took an early lead, but the Combined team fought back with a series of line-outs won by Westhead, which saw the ball sent out wide to Simmons who made a darting run for the corner before earning a penalty try after getting hit by a high tackle short of the line. Daniel converted the try to give the Combined Team a 7-4 lead.

Saltus hit back again, swinging the ball to the blind side to again outrun the Combined Team defence. Strong rucking and continuous crash balls by Silas Young and Anaya Smith put the ball back into Doyling’s hands who managed to weave through the Saltus defence and beat a number of defenders — resulting in another try and a 12-12 lead. With time running out, a quick break by Simmons pushed Saltus back to just before their 22. Daniel was rewarded for his control over the back line by scoring the final try on the last move of the match with a run around the outside of two Saltus defenders. In the Middle School Ariel Re tournament, Warwick Academy and Sandys shared the trophy after overtime could not break a 20-20 draw. 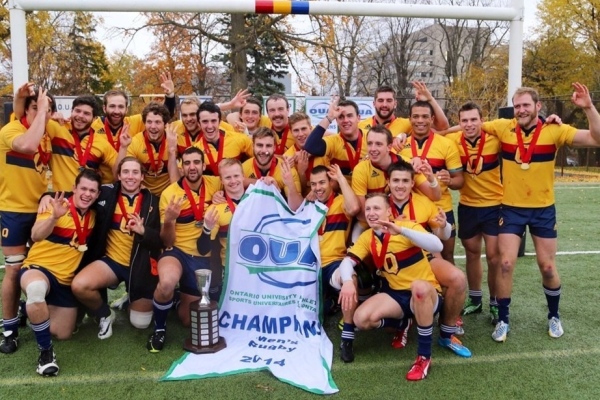