The Bermuda Rugby Football Union is aiming to elevate the sport on island after implementing a new coaching structure to reinforce the growth of the national programme.

The new structure requires applications for lead coaching roles, including head coach for the men’s and women’s sevens teams and the men’s XV team, in addition to team manager positions for each team.

Tom Healy will continue as coach for the men’s sevens team, who won the bronze medal at the 2018 Rugby America’s North tournament last September.

The women’s sevens programme will continue to grow under the coaching of Jamie Barnwell, who will also assume the role of head coach for the men’s XV team. Both Healy and Barnwell have extensive experience on and off the pitch.

Healy has over 30 years of experience playing both locally and overseas, representing Bermuda and the West Indies on multiple occasions, while Barnwell was introduced to Bermuda rugby when he assumed to role of women’s sevens head coach last August.

He played professionally for the Sale Sharks, before growing his extensive coaching résumé with notable coaching positions in the Malaysian Super Rugby League, Richmond RFC and as head coach of the England Rugby Football Union’s Women’s Rugby Academy.

“The BRFU’s delineation of roles and responsibilities has enhanced the process of allocating coaches and management at the national team level,” said Healy on the new structure.

“This not only provides transparency, but a coherent structure that will ensure the long-term growth and sustainability of rugby in Bermuda.

“I’m delighted to be allocated the task of building on our previous successes and taking the sevens game forward to the next level.”

Meanwhile, Barnwell spoke of his determination to help the nation fulfil its full potential, with a key focus on the talented youth players.

“It’s a fantastic honour and opportunity to help develop a talented group of players,” he said. “I felt it was very important to step forward in a leadership position at this point in time and I very much look forward to the challenge and working with the newly formed EPDG [Elite Player Development Group] of 49 players to get the results that everybody in Bermuda wants.

“There is a great opportunity to work with some young players that need some guidance in a stable environment and the immediate goal is how to go about creating the best opportunities to get the results that we want.”

Sean Fields, the BRFU president, could not hide his delight at the coaches he has in place, as well as their importance to growing rugby in Bermuda.

“This is a fabulously exciting time for Bermuda rugby,” said Fields. “We have an ambitious programme to motivate and develop players with the aim of taking Bermuda rugby to a higher level.

“The first phase is the formalisation of our national coaching cadre. I am ecstatic about the calibre, quality and experience of the team.

“Jamie Barnwell brings a wealth of knowledge and ability to the table. His love for the game of rugby is infectious and he has a wonderful disposition with the players.

“He has taken both the men and women national programmes on and I have every confidence we are heading in the right direction under his leadership.

“Tom Healy has been an integral part of Bermuda sevens for many years and has the support and respect of the players. He is highly motivated to progress the programme. Dan Roberts’s continued involvement in under-19 rugby is massive.

“He is a fine coach and role model for our eager youth and will help shape the future of Bermuda rugby. The future is extremely bright and I cannot wait to see the results.”

Bermuda will continue to work towards dominant positions within the Rugby Americas North region, which includes the Caribbean, United States, Canada and Mexico.

Tournament preparations have begun for the Bermuda sevens’ programmes with the men and women scheduled to play in the ArielRe Bermuda Internationals Sevens in March, leading up to the RAN Olympic Sevens Qualifying Tournament in June.

The men’s XV will face challenges in April and May from visiting RAN teams, while the men’s XV and women’s sevens teams have also accepted an invitation to play fixtures against Gibraltar, as they open their new stadium on September 28. 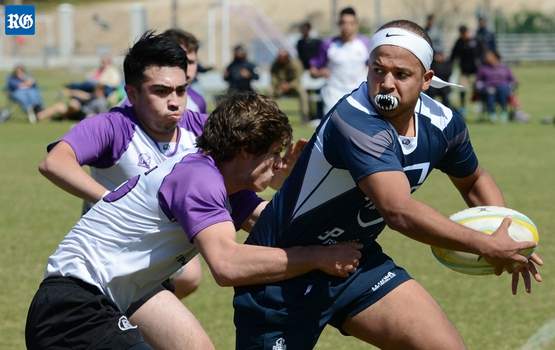